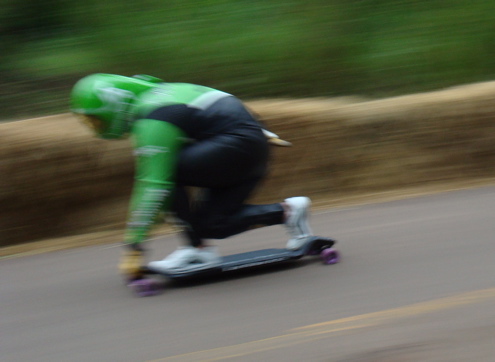 Teutonia Brazil – Rain spelled complete disaster for the Malarrara Pro Teutonia World Cup. Both Saturdays and Sunday’s activities were canceled due to heavy rain and thunder storms that created unsafe conditions on the race-course and caused flooding in the city of Teutonia. Final results were based on the lone qualifying run made on Friday. Douglas Silva earned the victory based on those times with Kevin Reimer finishing second and Everton Alves was third. 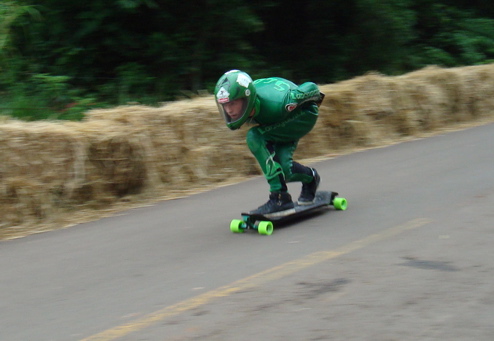 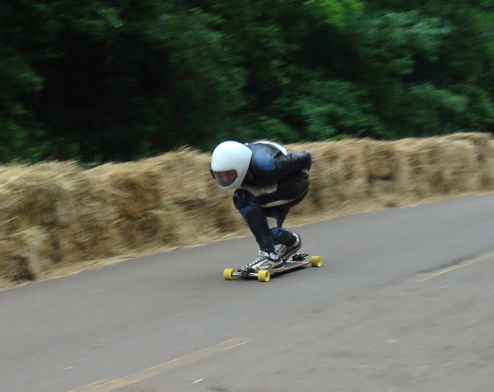 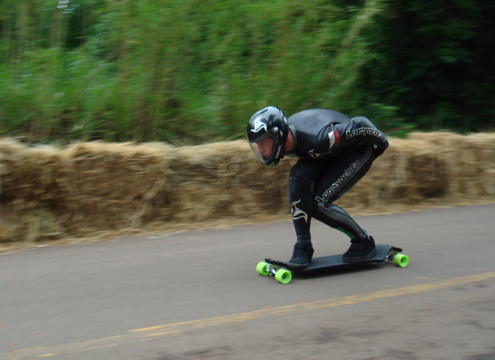 Mischo Erban was the highest finisher with no prior Teutonia experience. Photo Marcus Rietema

Scoot Smith also clinched the 2008 World Cup Series Championship. Kevin Reimer was the only skater with a mathematical chance of beating Scoot coming into Teutonia. Reimer needed to win both Teutonia and the upcoming race in South Africa to win the title. By him finishing second, Smith automatically clinches the 2008 title. 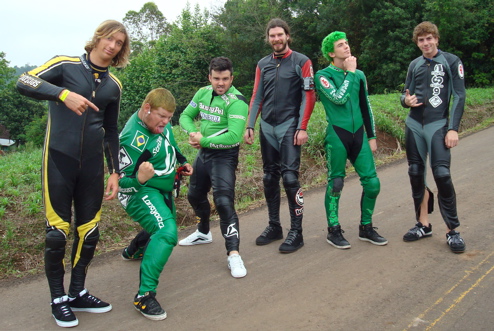 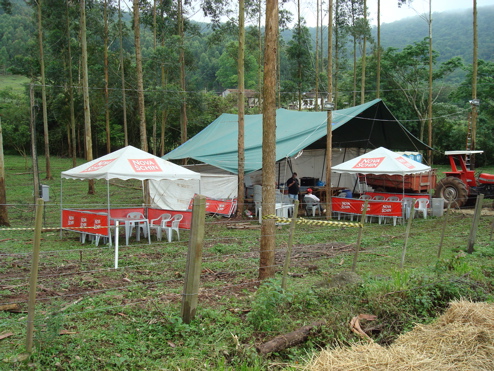 One of the trackside concession tents set up for the spectators. Photo Marcus Rietema

The rain also ruined any chances for the riders to make attempts at the official speed record. Next year the organizers have already decided to expand the event to four days giving more opportunity to complete it should rain strike again. Everyone was really disappointed but it did turn into a great social event with a huge party lasting the entire weekend. 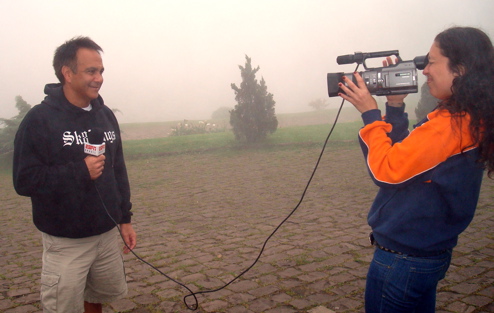 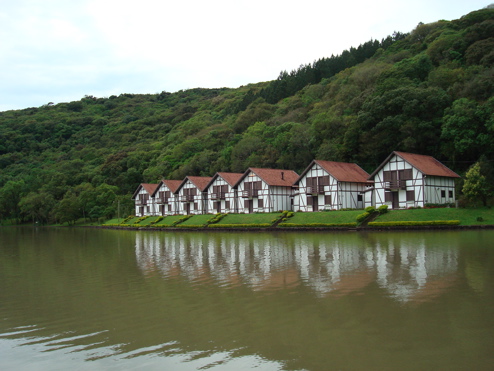 All the riders stayed at the Lagoa da Harmonia Resort. Photo Marcus Rietema 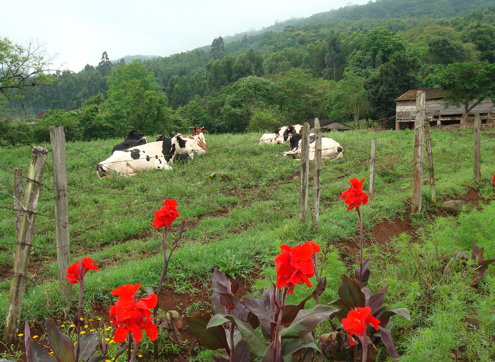 The Teutonia landscape is a mixture of farms and jungle. Photo Marcus Rietema