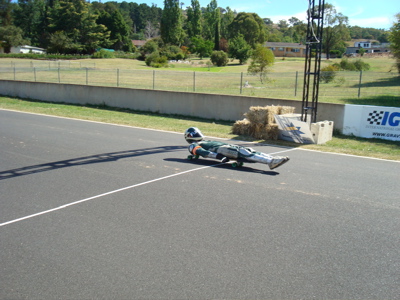 Bathurst, Australia- Abdil “Furlong” Mahdzan made history on Saturday when he became the first racer from Asia to win an IGSA World Cup race. The 25 year old from Kuala Lumpur, Malaysia scored a big win in the Classic Luge final at Newton’s Playground in Bathurst, Australia.

He streaked to victory as his three rivals crashed in “Forest’s Elbow” behind him. Cameron Scott of Australia extracted himself from the carnage to finish second and Will Stephenson of Great Britain was third. 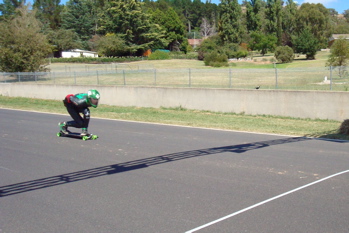 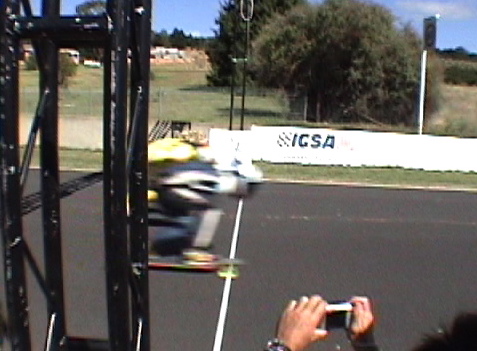 Steve Daddow (AUS) beats Olivier Bareaud (FRA) to the line in a round one photo finish.
Photo- IGSA

Daddow had scored a hard fought, photo finish victory in the first round over Olivier Bareaud (FRA) and was looking really strong in the second round until being involved in a crash that took him out of the competition. Erban just never seemed to come to grips with the technical and fast Newton’s Playground course. After qualifying a disappointing seventh on Friday he had a solo crash in the second round that eliminated him. 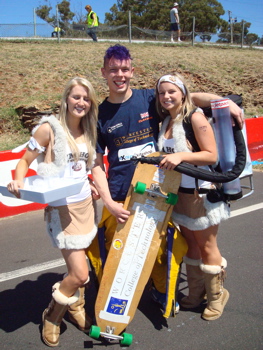 Will Stephenson enjoying his time off the track as well.
Photo- Marcus Rietema 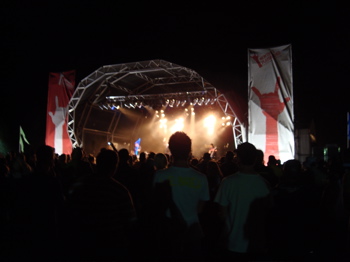