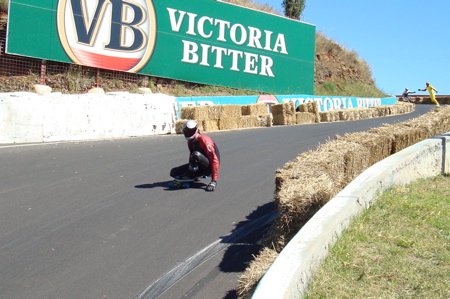 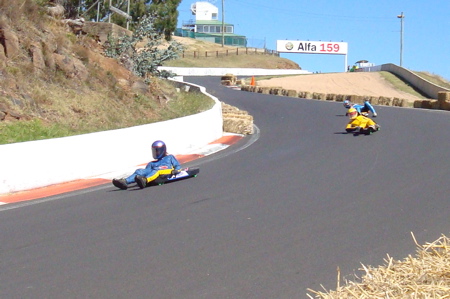 In Street Luge qualifying, Australian Nick Duffield came out of retirement to shock the regulars and earn the top qualifying position. In his first international race since the 2001 X Games in Philadelphia, Duffield showed that he has lost none of the skills that made him the top Australian street luge racer. He qualified more than two seconds faster than second placed Aussie David Kelly. 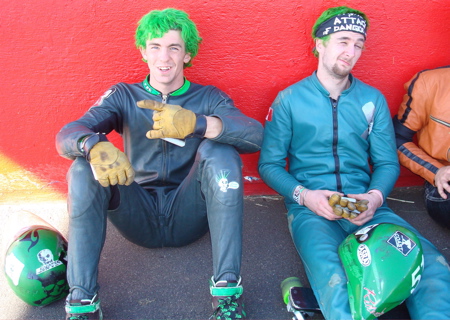 The day belonged to Smith in Downhill Skateboarding who turned in a dominating qualifying run. In 2007 he won the prestigious Maryhill Festival of Speed in Goldendale, WA and has quickly made a name for himself as one of the elite competitors on the IGSA World Cup tour. Sporting green hair and a carefree attitude Smith has made a commitment to winning the IGSA World Cup Series in 2008. Corey Leeson was the highest placing Australian in third followed by Stephen Daddow also from Australia in fourth and fifth placed Eddie Spearing from New Zealand. 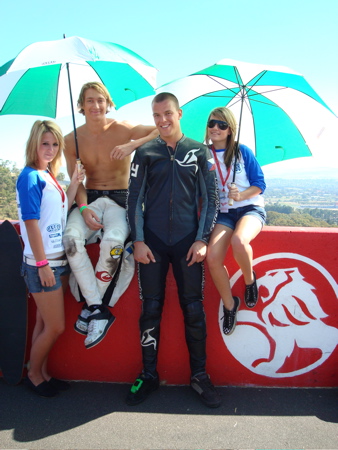 Both IGSA number one ranked Erik Lundberg from Sweden and number two ranked Mischo Erban from Canada had disappointing qualifying performances. Lundberg crashed into the straw bales of the technical “Forest Elbow” but still managed to complete his qualifying run. He wound up in 18th position out of the 32 who made qualifying attempts. Erban didn’t crash but was only able to post the seventh fastest time. The big question on many people’s minds is if Lundberg and Erban can overcome adversity and challenge Smith for the win. It promises to be an exciting showdown at the first World Cup race of the year. 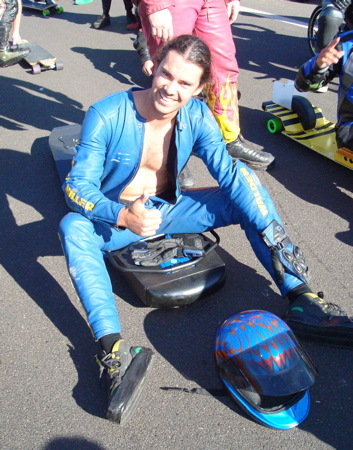 Duffield led an Australian sweep of the top three street luge qualifying positions. He came to Bathurst with a brand new Rogers Bros luge, new leathers and a desire to show that he still has the skills that made him the Aussie street luge star when the sport was part of the X Games. Duffield set a blistering time that made him the fastest overall qualifier out of all the gravity sports categories. Kelly in second place and Cameron Scott in third completed the Aussie sweep of the top three qualifying positions. Bill Smrtic of the United States finished fourth and William Stephenson of Great Britain rounding out the top five.

Elimination rounds get underway today at 10:00 a.m. The finals are scheduled to begin Sunday at 2:30 p.m.