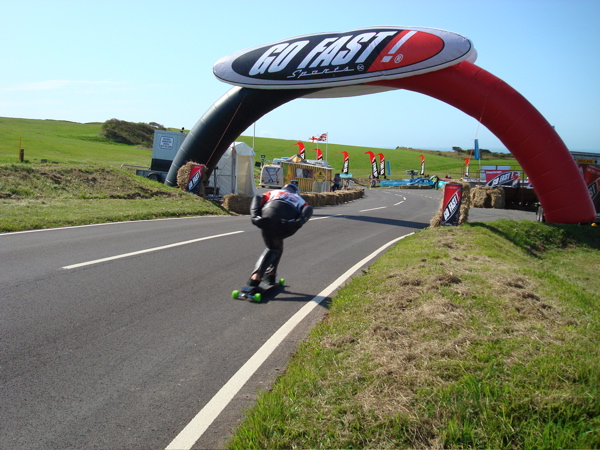 Eastbourne, England- Under sunny and windy conditions, Mischo Erban from Vancouver Canada posted the fastest qualifying time on the first day of the GoFast! Speed Days.

His time was .342 faster than newly crowned World Champion Scoot Smith. Scoot's time was a full 1.123 seconds quicker than third placed Olivier Bareaud from France. Scoot and Mischo currently sit first and second in the points championship and are battling it out around the world with only three races remaining. The second round of qualifying will take place on Saturday afternoon to determine the start positions for Sundays race. 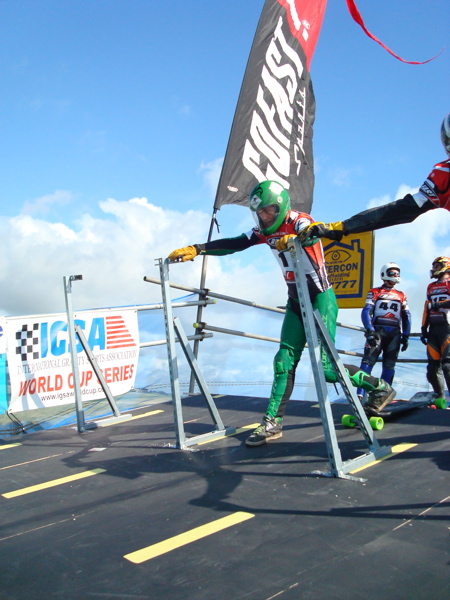 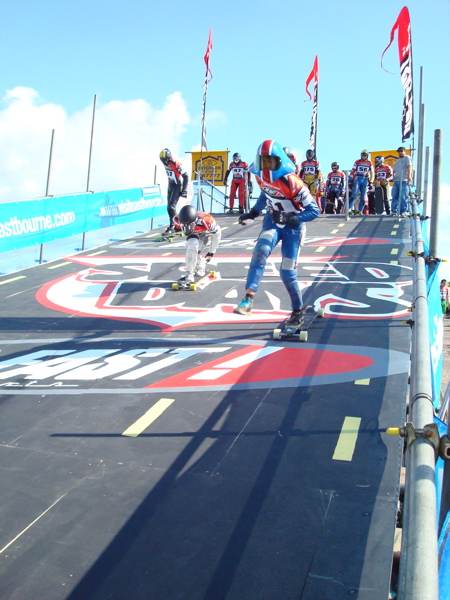 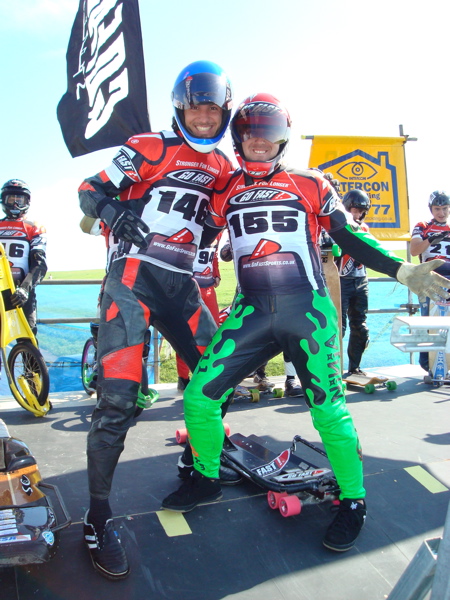 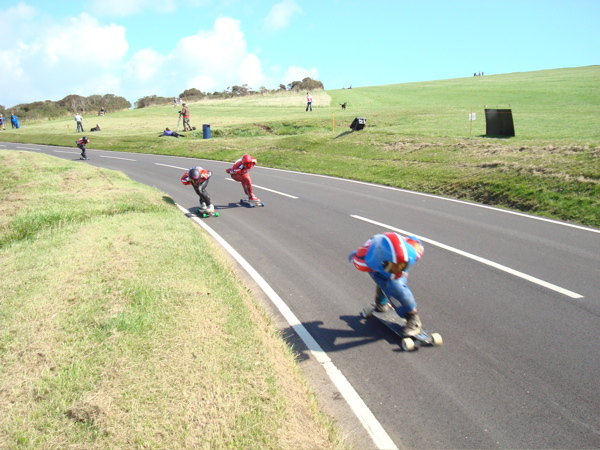 A group of skaters on one of the many practice runs held throughout the day. Photo Marcus Rietema 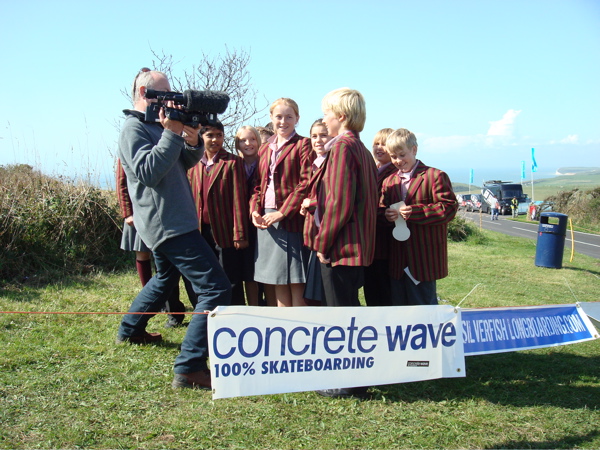 A group of local school children being interviewed by the BBC. Photo Marcus Rietema 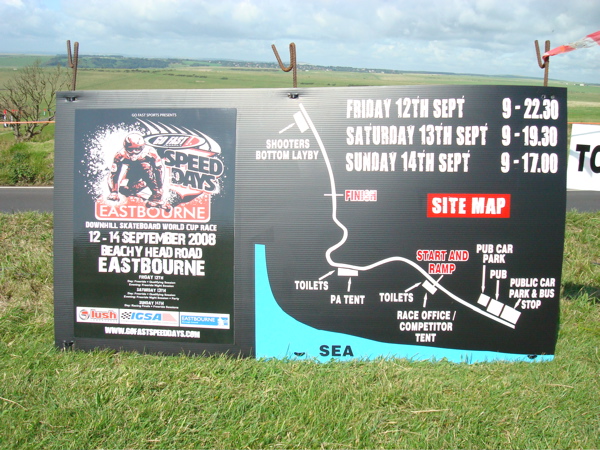 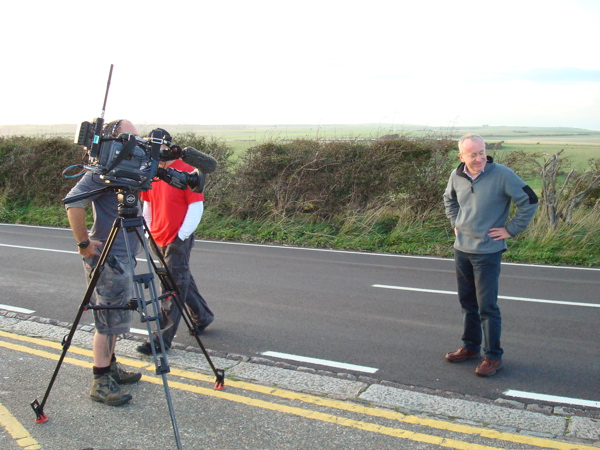