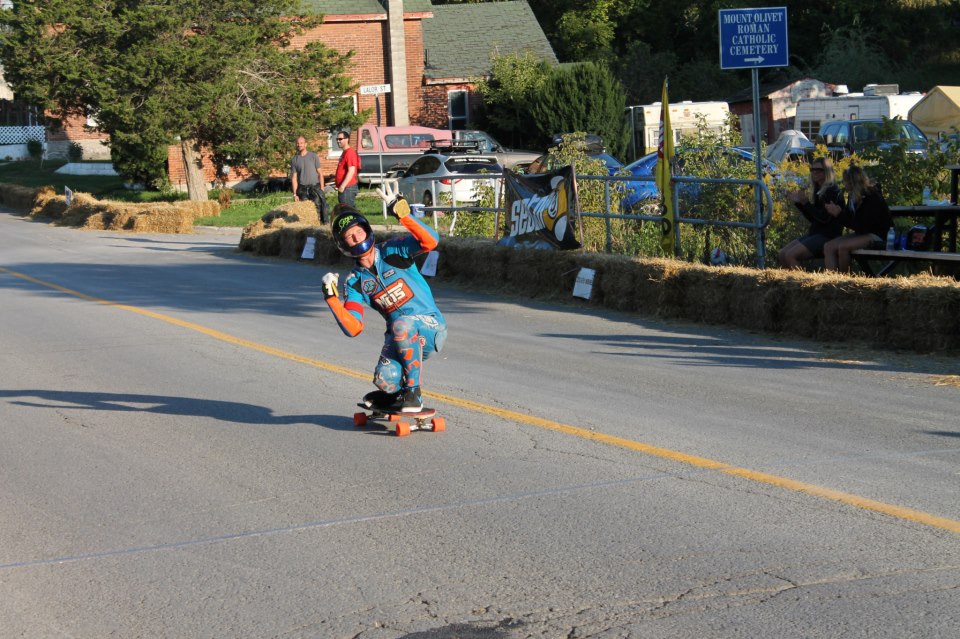 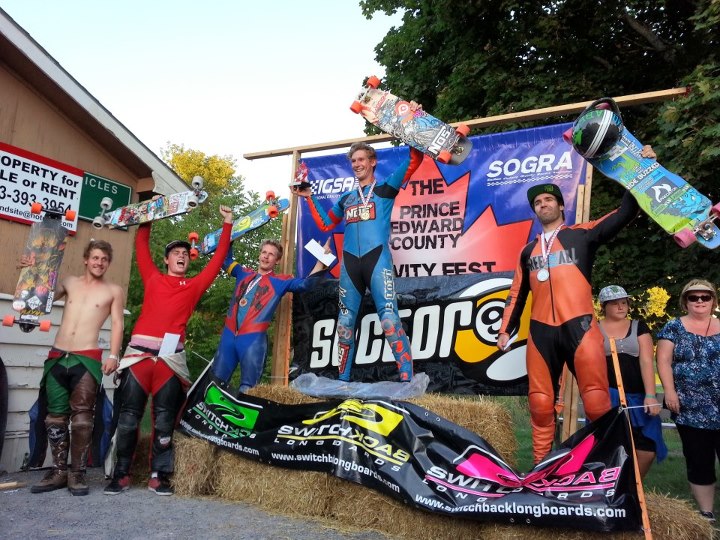 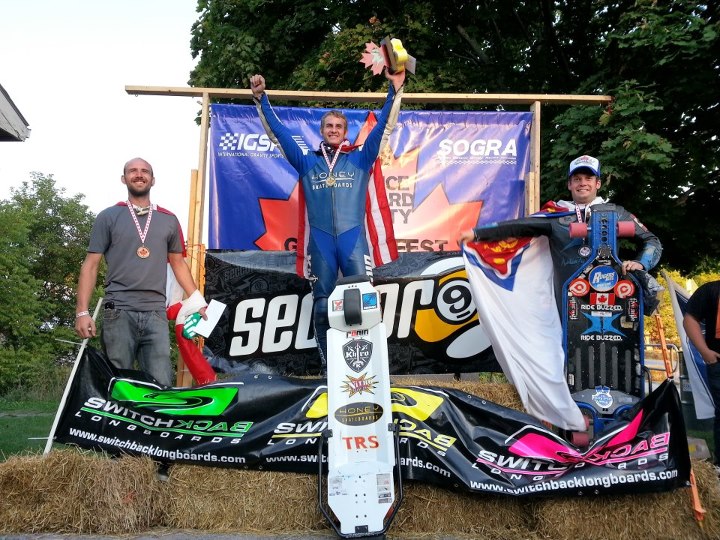 Christian Conaway from Fillmore California won the Street Luge competition in convincing fashion by qualifying 3 seconds ahead of his rivals and winning evey heat on route to victory.  A surprising early exit from the competition was Frank Williams who crashed in the first corner in the quarterfinals after experiencing equipment problems. 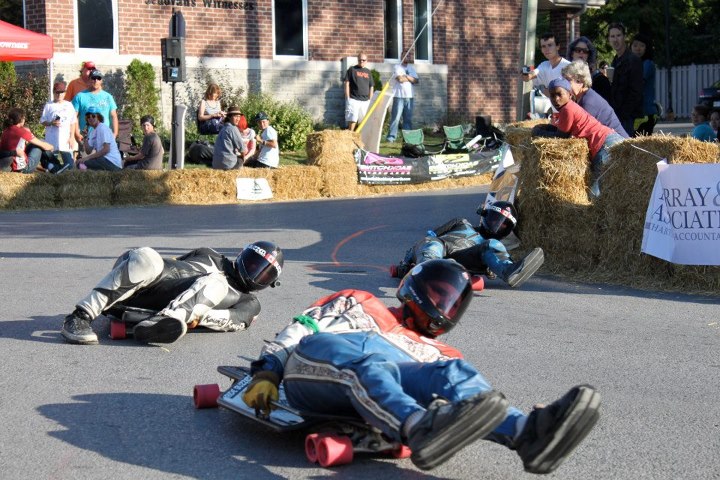 In the first semi final Conaway lined up againsed 3 local racers from the Kounty Knight Street Luge team but it quickly turned into a battle for second after Conaway pulled into the lead. Nick Kamink took second place through Bombora bend and through the Sector 9 chicanes with Kolby Parks being passed for third by William Condon just before Switchback Longboards Crash Corner. Kamink and Condon over cooked the corner however and Parks was able to pass both before the finish and receiving second.  The second semi-final had 3 Bob teammates  Bob Lavoie and Bob Touchette against Matt Yates and Tim Koch returning from a 2 year break from a bad injury.  Koch and Touchette pushed out into the with Lavoie and Yates right behind. Through switch back corner the Bobs battled but it was Touchette who came away with the transfer spot in second place. 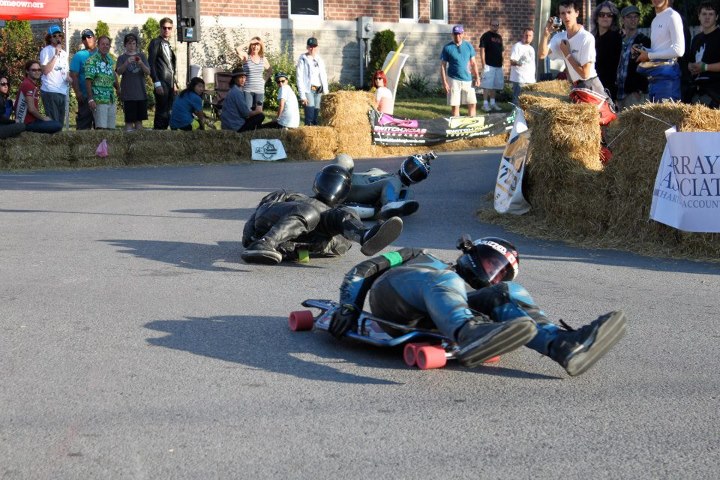 The finals were then set and Conaway once again pushed far out inro the lead followed by Koch, Parks and Touchette. Koch braked too much into the first corner which allowed Parks to move into second. This is how the race would finish

With this win Conaway now has 4 straight podiums and a strangle hold on the NorAm standing and will be tough to beat in the championship.

Touchette Returns to Classic Luge Competition with a Win 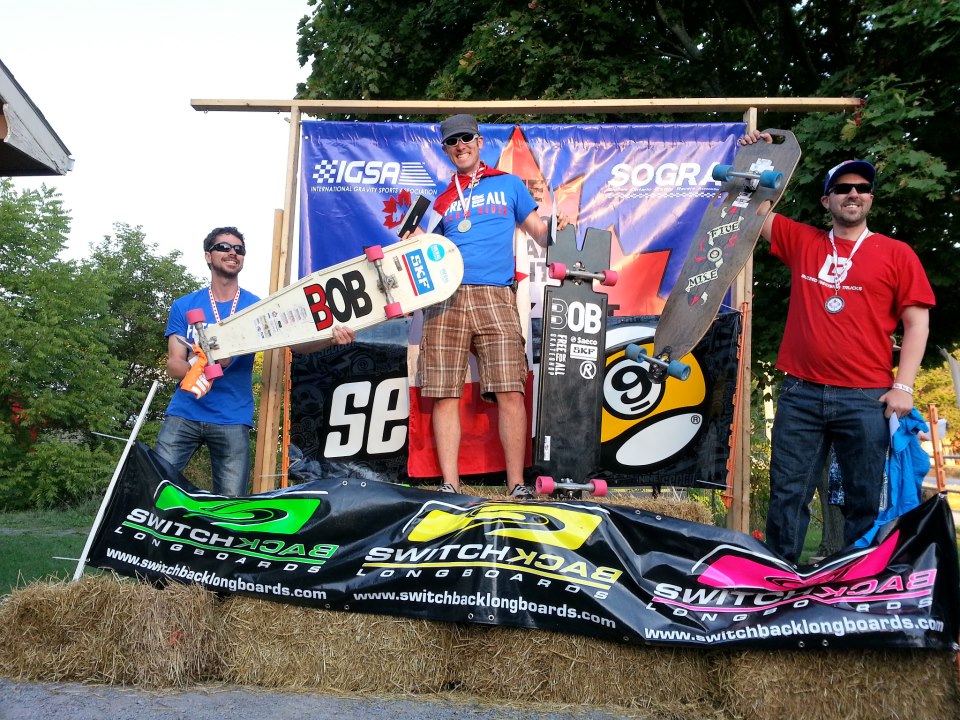 Bob Touchette hadn’t raced Classic Luge since Maryhill 2008, but he returned to racing after designing a new better design for a rider as tall as he is. In the finals it was a battle of regions with Ontario (Parks and Condon) vs Quebec (Lavoie and Touchette) vs the USA  (ConawayandWilliams). 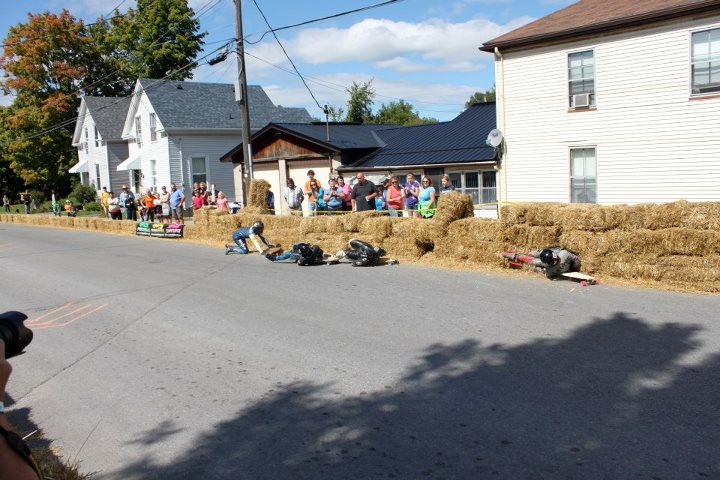 The race started with Conaway in front followed by Condon, Williams, Parks, Lavoie and Touchette. Coming into Swichbach Crash Corner, Conaway and Williams crashed while Lavoie and Condon did a 4 wheel drift to avoid the carnage. Parks had a good line through the corner but clipped the foot of a recovering Conaway which flipped his board over. Touchette meanwhile had bided his time and went from sixth to first and took the win. Condon and Lavoie were able to keep some momentum and took second and third respectively. 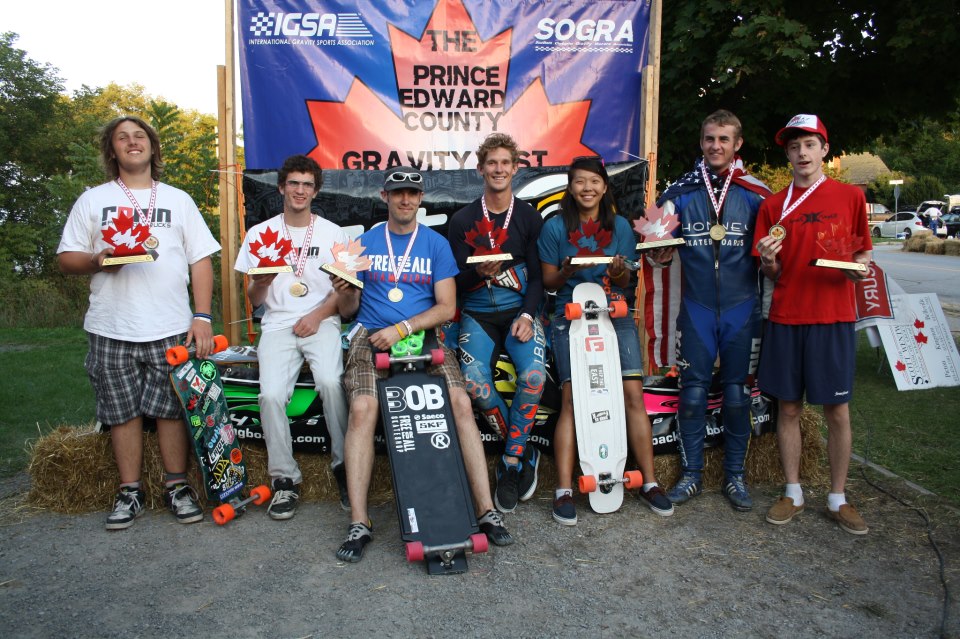