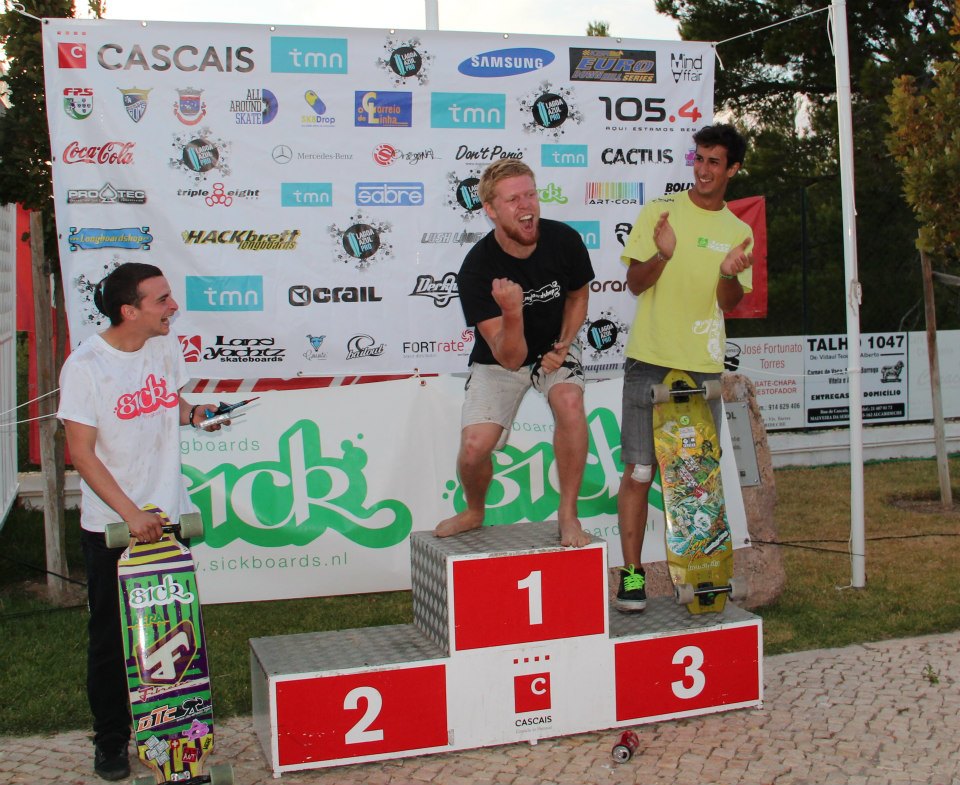 Cascais (Portugal), This was  the last leg of the IGSA euro series and it offered a wonderfull time to riders and a great show to spectators ! 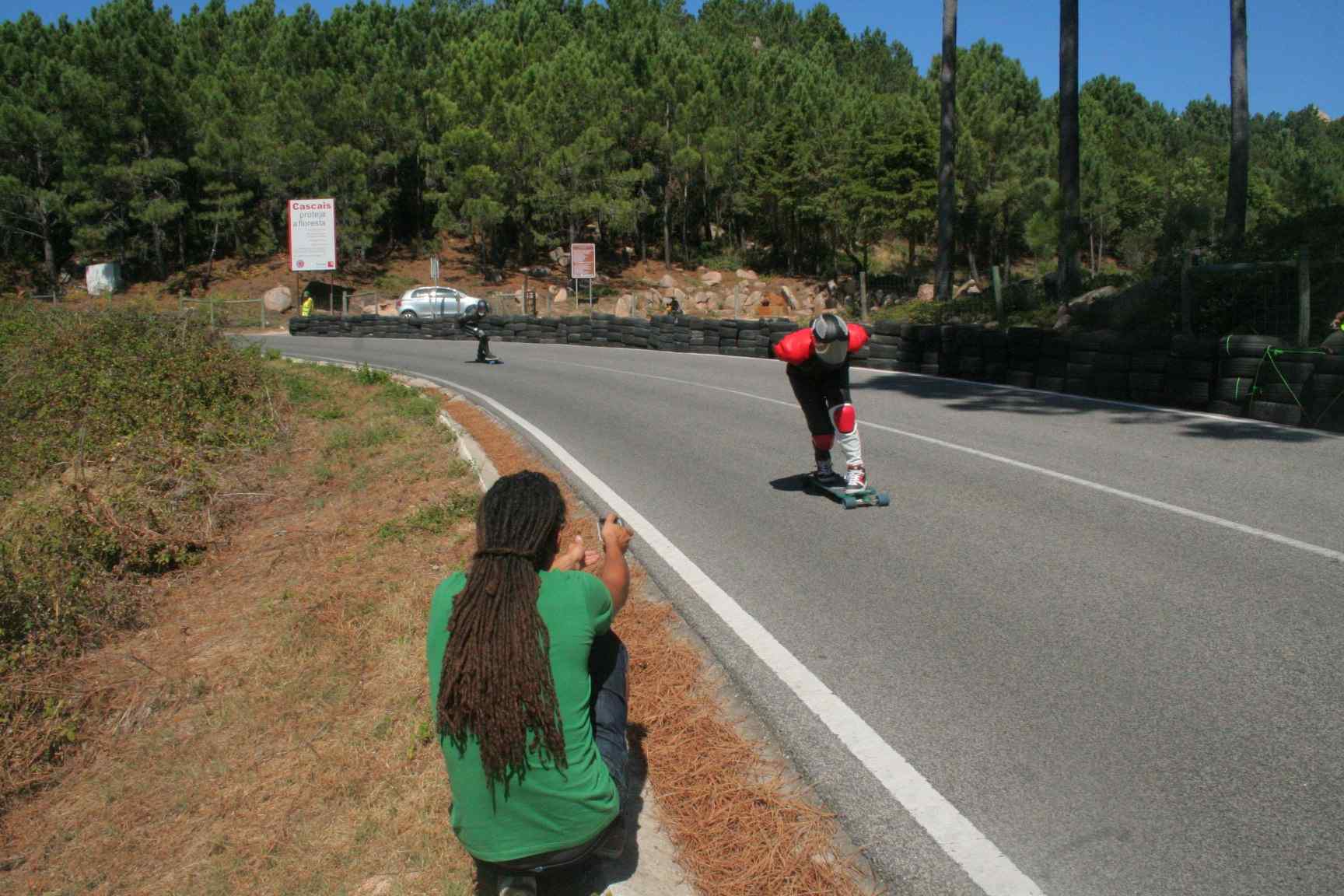 Cascais is situated a few km from LisBoa, on the seaside. It offers one of the most beautiful place of Portugal, and has great beaches to relax after some runs under the heat of southern europe.

Nearly 100 riders have made the trip, with a big contingent from spain and germany.  Some well ranked racers have some big points to earn if they want to bring back home the European Title (based on 5 best results of the euro series) : Kevin Bouaich, Sebastian Hertler, Nicolas Robert are some of the big names in the Downhill skateboarding Category.

But after yesterday’s  race to qualify session  (due to the fact that the local timing system company couldn’t deliver the service they had been contracted for !), it is not a surprise to have those results :

Many girls, from the Longboard Girls Crew, came up here to have fun and discover, in a non stress environment, what a women’s race look like on the IGSA Circuit. Unfortunatly, european stars such as Marie Bougourd , rebbeka Gemperle or Jolanda Vogler won’t be there as they are recovering from their trip to Calgary, for the world championships last week.

So we had 7 ladies competing, for the first time in an igsa for most of them ! After having dominated the qualifications, Masia Sonso (Spa) injured her wrist on the last run. Unfortunatly she broke it and could not take the start for the finals !

The junior final was just awesome and tight and gavethose riders one of their most intense run of their season :

Mikel Etchegaray, from spain, won again in both categories !

In Classic Luge, Cedric Robert from Switzerland, who won the classic luge in Switzerland last month, made it to the 2 nd place and 3rd Federico Barboni.