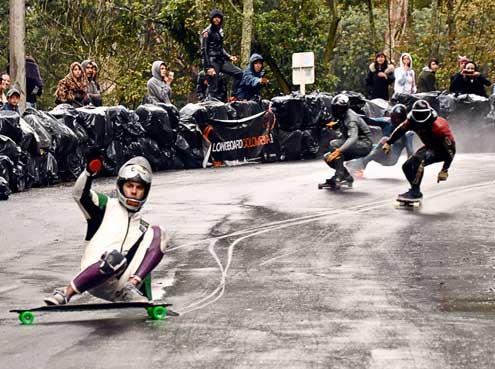 Bogotá, Colombia - Here in the beautiful city of Bogotá we had a very difficult, wet weather for racing today. The wet conditions made the very technical course even more challenging. The difficult track left some top contenders out of the race before the finals. Brazilian Douglas Silva and German Adrian Schlotter were eliminated in the rounds of 16 and 32 respectively. 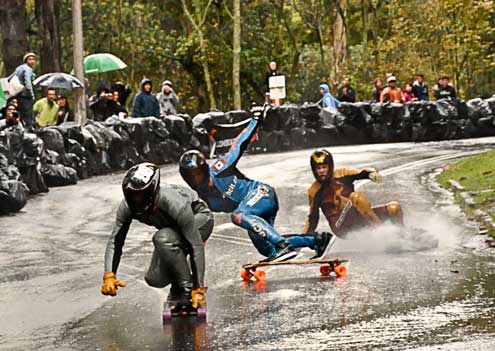 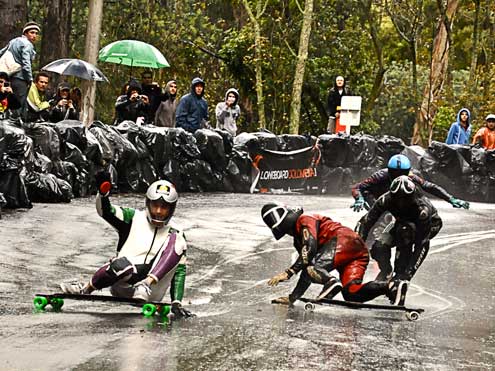 Cassemiro leads Martin in the second Semi Final.  Photo Manuela Perez
The four riders who reached the final were number one qualifier Kyle Martin from Canada, Fellow Canadian Patrick Switzer who is the current IGSA World Cup points leader, Brazilian Juliano Cassemiro and Peruvian Felipe Málaga. Cassemiro earned a solid victory by winning most of his preliminary heats and leading the final from start to finish. He was followed closely across the line by Martin who shadowed him the entire way down but was unable to make the pass. Malaga was third and now leads the IGSA Sudamericano Circuito de Downhill points standings. Switzer was fourth. 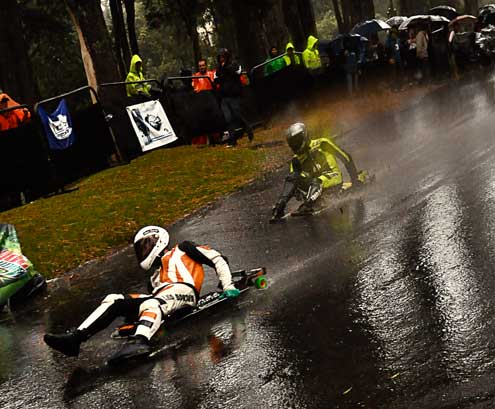 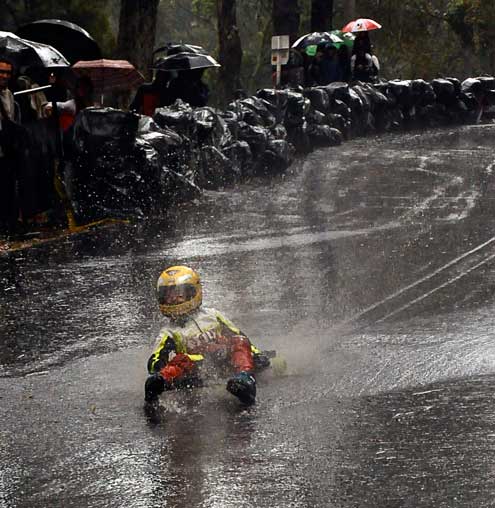 The contest was very succesfull and showed the commitment of the Downhill community of Bogotá and other cities in Colômbia. Now IGSA Sudamericano Circuito de Downhill moves to Tarma in Peru for the third round. Tarma will see many more of the world’s Best downhill racers entered since it is also round number six of the 2011 IGSA World Cup Series.