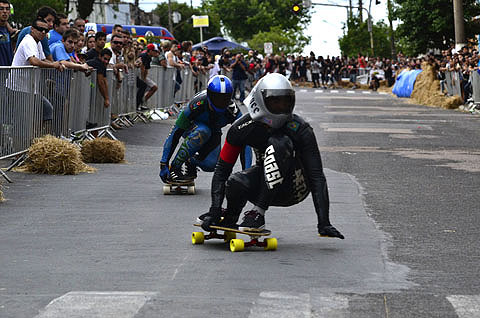 Guaíba, Brazil - The first round of the IGSA South American Series has come to an end.  After winning his first World Cup last year in San Luiz – Argentina, Brazilian Danky Dean won the 1st 2013 IGSA South American round in his hometown taking the crowd to a complete ecstasy.

The day raised rain and wheater forecasst were advising strong rain for the upcoming day but a strong wind coming from the south took the clouds away and brought the sun back to Guaiba.
Warm-ups were postponed to the end of the morning so the track conditions could be completly dry.  Lots of crashes in the technical curves of the Guaiba track which showed how challenging every round would be. The final heat Danky Dean beat defending champion of Teutonia, American Kyle Wester to get the crowd into a delirium. Master rider Juliano Cassemiro rode an impressive run to finish third and American William Royce ended up at 4th position. 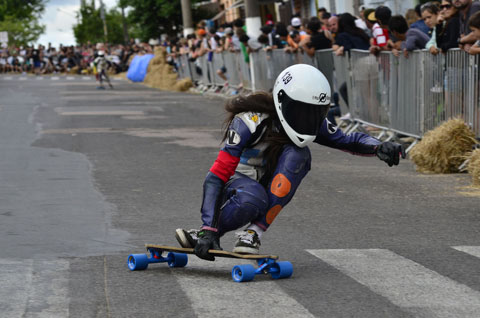 Melissa Brogni was the winner in the Women´s with Morgana Luiz in 2nd place. Amanda Souza finishing in 3rd and Clara Perez in 4th place respectively completing a whole Brazilian final. 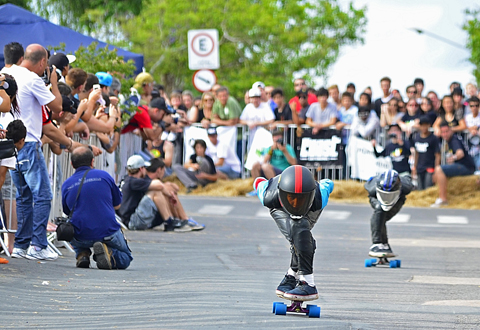 On Junior I we saw that the future of the Downhill Skateboard is guaranteed and Eric Soares was declared champion after qualifing in the pole position. Déryck Szymczak finished in the 2nd place and Julio Acauan finished 3rd.  Octavio Goncalves in 4th rounded up another complete Brazilian final. 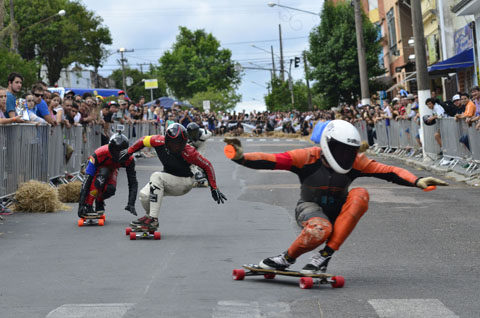 Junior II were as fast as the open class as we could see with pole position Tiago Mohr reaching the semi´s in open downhill too.  With intense battles Yan Bertinati finished 1st after an incredible overtake against Jorge Pinheiro, Renan Zimmer, Felipe Rosa, second, third and fourth respectively. 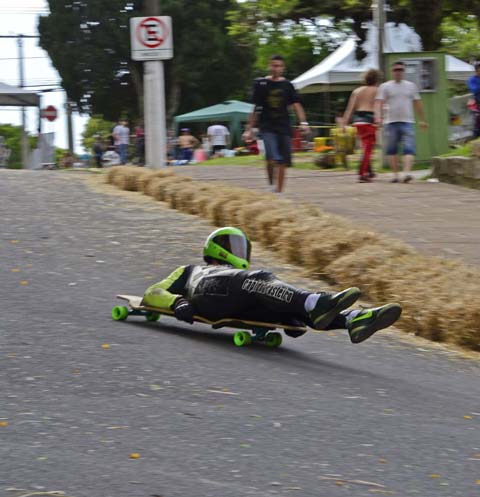 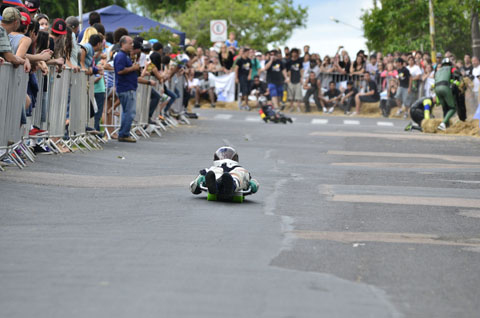 Street Luge final reserved great emotions. Leo Borton lead the pack to the end to be declared champion after a crash involving Tiago Antunes and Walter Baresi.  The path was free to the young Leonardo Verardi to be vice champion after beating American Frank Williams in the semi´s. 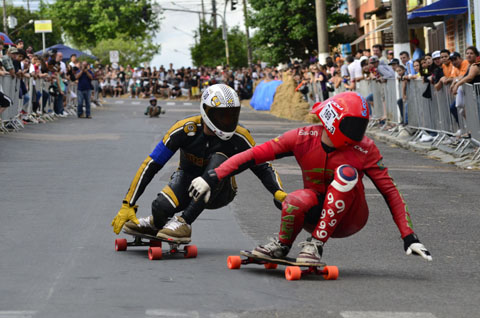 Masters final closed the great event where Silon Garcia showed all his skills to beat Juliano Cassemiro at the line. Local rider and an icon of the Downhill Skateboard in Guaiba, Rossano Silva complete the adrenaline of the crowd to start a big party that went through the night to celebrate all the winners.
Now it is all about the fastest hill in the world for the 2013 IGSA World Championship at Top Skate Pro Teutonia. It´s the 10th anniversary of the fastest race of the Downhill Skateboard and organizers are announcing a R$15.000,00 prize purse.
The return of top speed record and a big ceremony to riders whom discover this legendary hill and for the ones whom challenged the track of Teutonia all these 10 years gone.
For the next 2 weeks it is all about the 2013 IGSA World Championship. See you back in Teutonia.
The defending champion, Kyle Wester from Colorado / USA is already here with his Road Riders.