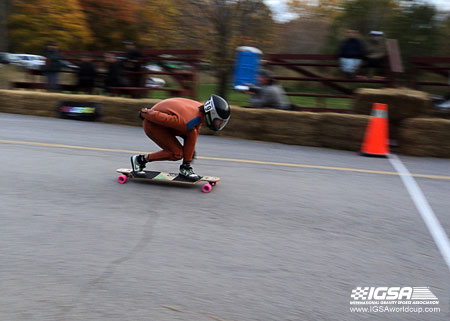 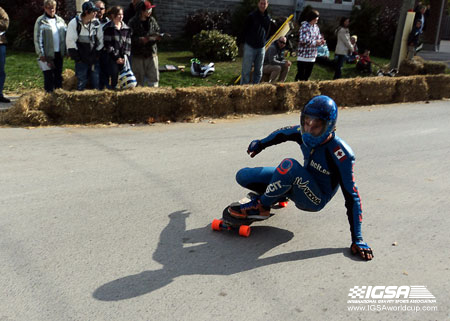 Patrick Switzer from nearby Toronto was second with a time of 1:30.370.  He had led for most of the second run after crashing on his first qualifying attempt.  Switzer currently sits in second place in the World Cup points with a victory in Padova, Italy earlier this year.  He also had  a strong second place finish at the World Cup in Argonay, France and third at the World Championships in Germany.  Look for Switzer to put in a really strong showing in tomorrow's race. 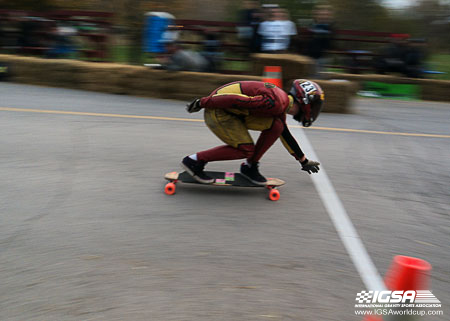 Luke Melo stretches out his hand to break the timing beam.  Photo Marcus Rietema
Junior racer Luke Melo from Vancouver led the Open Downhill Skateboard qualfying after the first run.  His time of 1:30.498 was the time to beat going into the second run.  Unfortunately for Melo he couldn't improve on his first run time but it was still good enough to land him the number three position.  His qualifying time also seeded him number one in the Jr II Division for 14-17 year olds.  Luke has been getting stronger and stronger all year and is a legitimate contender to win both titles tomorrow.