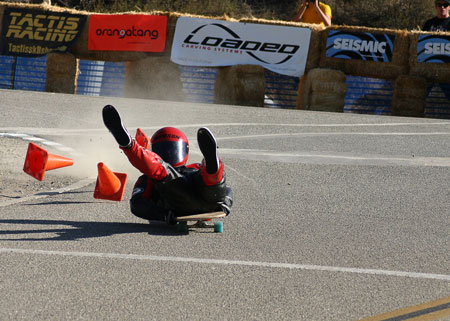 Ronnie Iverson gets into all sorts of trouble during Classic Luge qualifying.  Photo Steve Conaway

San Dimas, CA USA - Erik Lundberg set a blistering time of 1:04.095 on his first qualifying run today and watched as skater after skater tried in vain to best him.  Mischo Erban came the closest with a 1:04.722 on his second run to qualify in the number two position.  Veteran racer John Rogers put in a solid run with a time of 1:04.883 to qualify third.  Micah Green ran a 1:05.763 placing him fourth and Nick Ronzani rounds out the top five with a 1:06.321 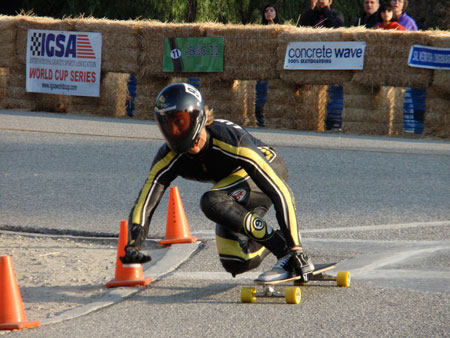