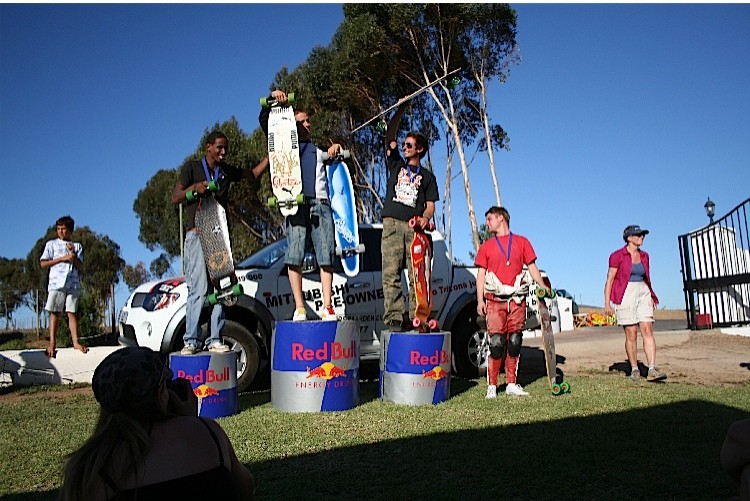 Cape Town, South Africa- Mike Zietsman won the Downhill Skateboarding class of the Fair Cape Downhill Challenge held March 15-16 in Cape Town. In Street Luge it was 2004 IGSA World Champion Leander Lacy who was victorious. It was the first race of the year in South Africa organized by the South African Gravity Racing Association (SAGRA) and sanctioned by the IGSA as a National level event. 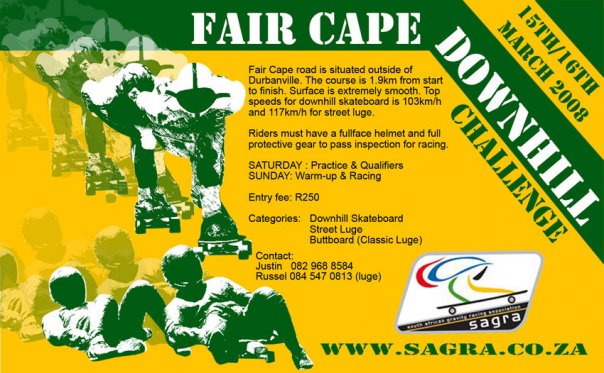 Durbanville, South Africa- The Fair Cape Downhill Challenge is ready to go. The bails have been packed out, and we are looking at a killer speed weekend! A South East wind will be pushing up the top speeds on Saturday and Sunday! Bring shade and plenty of sun block. Sunday is race day. Practice will take place in the morning and racing should be underway by 2pm. Street Luge and Classic Luge will kick off the racing. Downhill Skateboarding will finish the day!