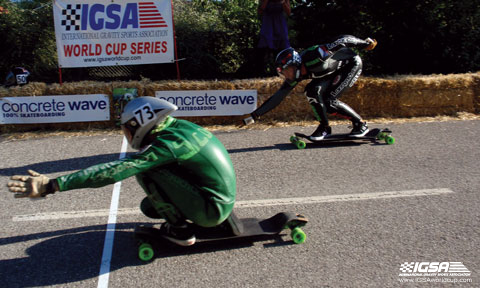 When The Graveyard Call was held for the first time in 2009, people really didn’t know what to expect.  It was the first time that the narrow and short D173 course would be mated to local roads that brought the finish line into the center of town.

As it turned out the course was awesome!  Many of the top riders felt it was the best course on the circuit.  The narrow top section necessitated the need for 2-man heats.  In the end the Final was a showdown between Scoot Smith and Mischo Erban, the #1 and #2 riders of 2008.  It was a dogfight all the way down the mountain.  Scoot nearly crashed within sight of the finish but recovered to earn the victory.  In the Consolation Final it was newcomer Nicolas Robert winning over Patrick Switzer to earn 3rd.  Expect another great battle in Argonay this year! 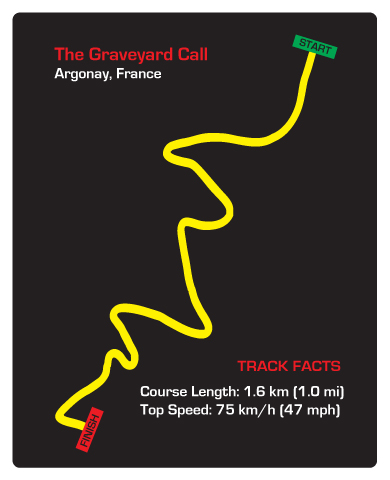