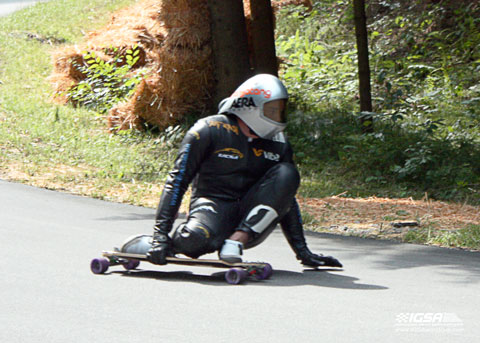 Kevin Reimer continued his domination of the IGSA World Championships today when he lowered the track record once again.  During the first qualifying run on Thursday, Reimer set the fastest time with a 2:48.894 second run.  No one was able to beat Reimer’s Thursday time except for Reimer himself.  He uncorked an amazing 2:47.838 second run that left everyone in attendance astonished. He goes into tomorrow’s 128 man elimination rounds as the clear favorite. 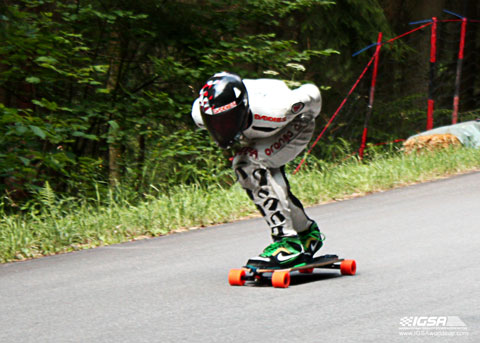 Kevin Reimer has been completely dominant at the World's.  Photo Matthais Lang
Douglas Silva improved on his Thursday performance with a time of 2:49.093 on his second run.  He moved moved from the fifth to number two starting position.  Patrick Switzer also improved on his second run with a time of 2:49.469.  He will start third.  James Kelly was unable to improve on his time of 2:50.906 that he set on the first run and dropped from second to fourth.  Jackson Shapiera elected not to start his second run.  His run 2:51.906 run on Thursday was still good enough for him to start fifth. 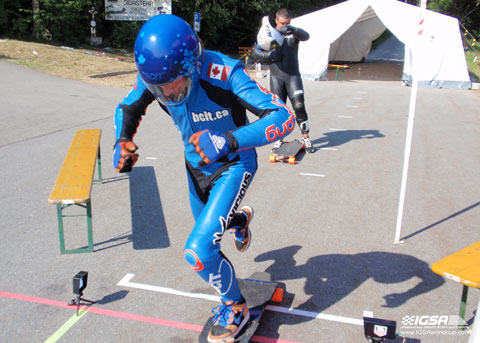 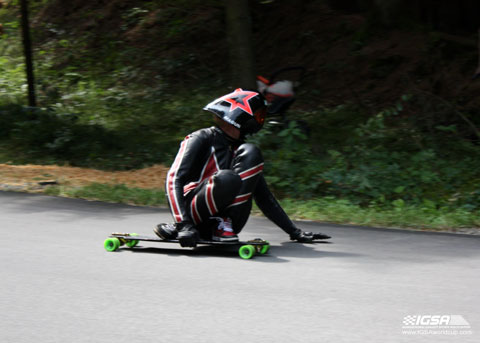 Saturday’s weather forecast is calling for wind, rain and thunderstorms.  Event organizer Stephan Risch and the IGSA have already determined that due to the high speed nature of the track, it would be too dangerous to run in wet conditions.  If the bad weather materializes, the elimination rounds will be canceled and qualifying will determine the final results.  Everyone is hoping that the rain will stay away until Saturday evening!