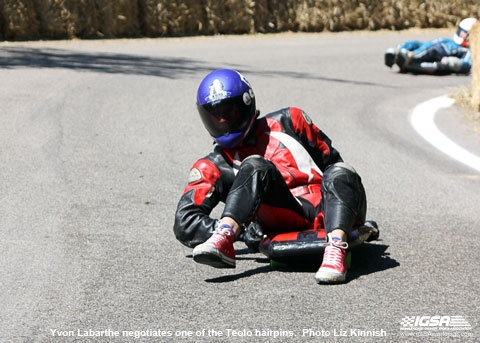 Teolo, Italy- Yvon Labarthe continued to dominate the Street Luge class by earning the number one position in qualifications today. Yvon changed his wheels to a brand new set and promptly lowered his time by two seconds.

Peter Eliot also lowered his time by over three seconds to take second place with newly crowned IGSA Street Luge World Champion Luca Santolmazza from Italy, recovering from a crash in his first run to round out the top three.

Serek Qualifies Number One In Classic 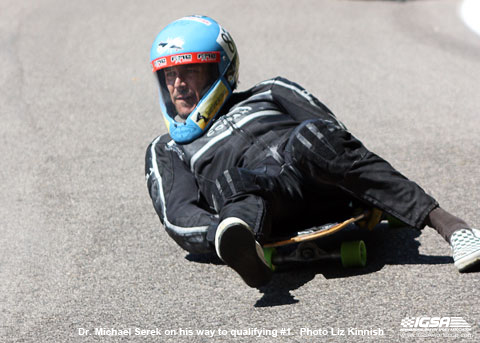 Michael Serek grabbed the number one qualifying position today for Classic Luge. The Austrian did not have it easy, having to hold off a hard charging Frenchman Maxime Ruby who was only half a second behind. Yvon Labarthe from Switzerland rounded out the top three only one tenth of a second behind Ruby.