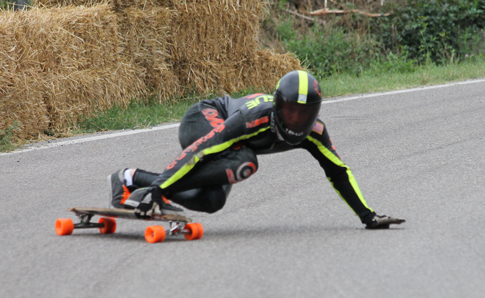 Mischo Erban dramatically improved his first round time and led the second round, for most of the morning.  It wasn't until late in the session that Alex knocked a clear two seconds off his time. He ended the day in third place.James "American Dream" Kelly picked up 4th place, with top local rider Ben Hay rounding out the top five. 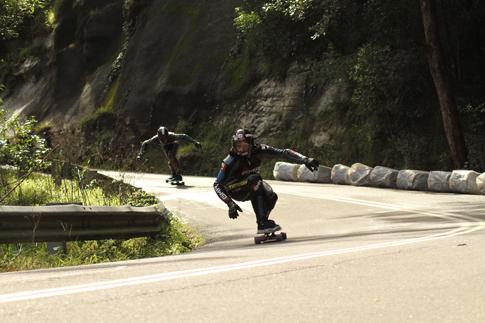 Mischo Erban climbed up the time sheets to third.  Photo Kurt Nischel - Heelside Magazine
The track was much drier for today's second run, which saw times tumble as the day progressed. Most racers agree, that in perfect conditions, the track is a full tuck, no brake course, where starting push and aerodynamics will make the difference. If damper conditions prevail on race day, the determining factors will be completely different. 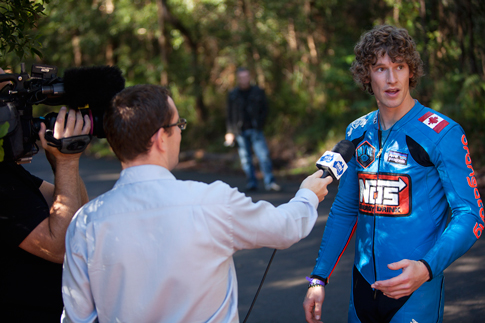 2011 World Cup Series Champion Patrick Switzer talks to the media.  Photo Jacob Lamberts
Swift and sound organisation by the Australian Skateboard Racing Association (ASRA) saw all qualification done by mid-day allowing the whole afternoon for the Open Downhill Repacharge Race. In this format, the final 4 places in the 64 person racing bracket is contested by racers who qualified between 61st and 125th. This lead to close and thrilling racing with a photo finish in the second semi final. 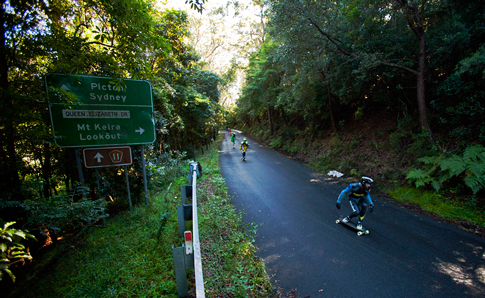 All eyes were on Brazilian Douglas "Dalua" Silva as he took his second run. Whilst knocking a huge chunk off his first time, he failed to get in among the front runners. However Dalua's racing technique is legendary, and it will be interesting to see if he can dial himself into Mount Keira for tomorrow's race. 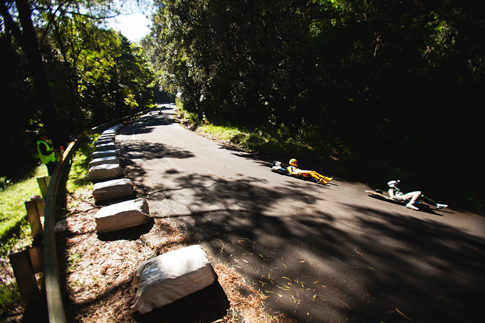 Abdil "Furlong" Mahdzan earned the number one starting position in street luge with crushing 1:49.734 qualifying run.  Yesterday's fastest qualifier Will Stephenson was a whopping 3.5 seconds behind in 2nd place.   Mahdzan's qualification form is clearly on the rise.  He has never won a World Cup race in Street Luge so it remains to be seen if his race craft is sufficiently honed to seize the advantage and capitalise on his top placing.