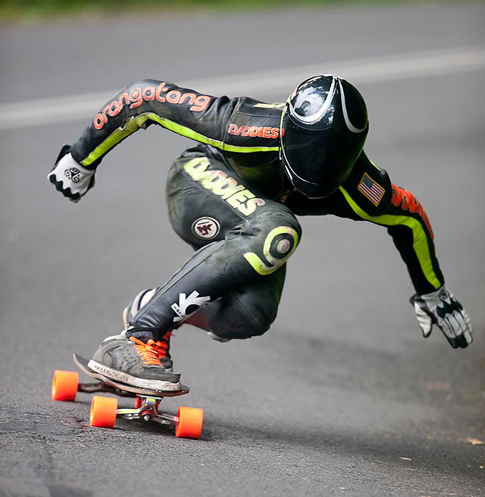 Wollongong, Australia - Alex Tongue showed today that he is serious about becoming the 2012 World Cup Series Champion by taking a decisive win today at the Mt Keira Challenge.  Tongue made everybody stand up and take notice when he set the fastest time in qualifying yesterday and backed it up today by winning.

He came up against Dillon Stephens, winner of the 2011 World Cup race in Peru in the quarter final and James Kelly in the Semi finals, but the major drama occurred in an intense final. 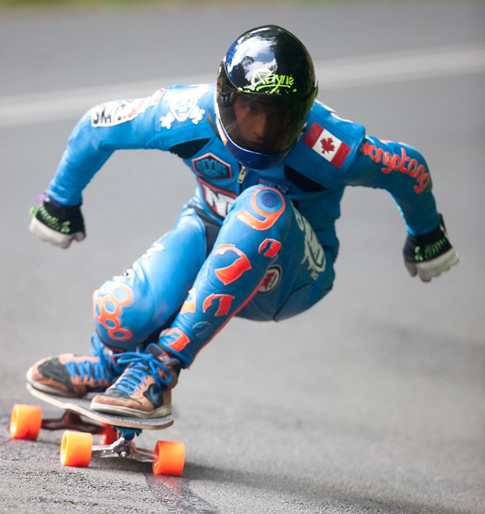 Light rain began to fall as the riders lined up for the final. On the line with Tongue were Douglas "Dalua" Silva, Patrick Switzer and triumphant Junior II Jayden Mitchell. As Dalua and Switzer took the first two places, Tongue settled into third place as the riders hit the first complex of bends. First Switzer overcooked it and came off, followed by Dalua. Tongue was able to pick his way through the carnage and take the lead. Dalua was to fall once more and Switzer twice, before they crossed the line, firmly in the wake of Tongue. 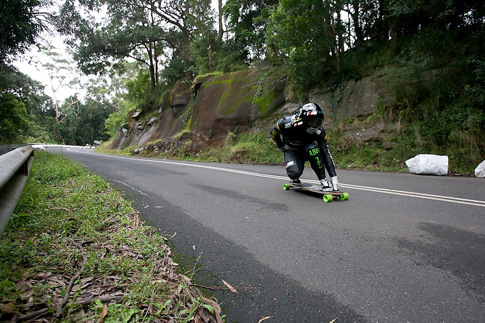 Douglas Silva came from deep in the field to finish third. Photo by Mark Newsham Photography

James Kelly was the winner of the Consolation race to earn fifth place. Finishing 6th was Duke Degan, 7th was Matt Kienzie and 8th was Anthony Graves.

There were a few upsets throughout the day. The biggest was when number three qualifier Mischo Erban fell down while pushing off at the start of his second round heat and was eliminated. Local star Ben Hay, who had qualified fifth, did not getting past the quarter finals.

Chaos in the wet Mt. Keira DH Skateboarding Final.  Video by Chris O'Brien
By winning Mt Keira, Tongue currently heads the IGSA World Cup Series points. Looking at his impressive performance in Australia it is certain that this young racer will be a force to reckon with in 2012. This was a day where the new order stamped their authority on the downhill scene. Local Junior rider Jayden Mitchell, convincingly won his category and made it to the Open Finals beating Dillon Stephens and James Kelly on the way. 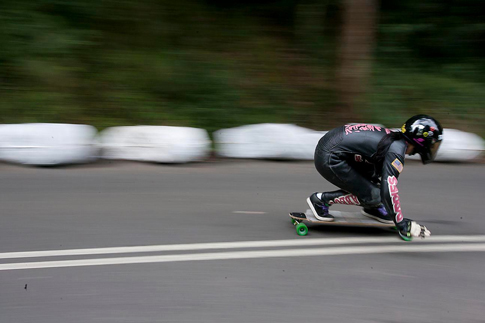 Marisa Nunez scored a convincing victory in the Women's Downhill. Photo by Mark Newsham Photography
Peruvian Marisa Nunez won the Women's Downhill followed by Australian Lea Robertson. Earlier in the day, Robertson had dislocated her shoulder. After re relocating it herself, she bound it up with gaffer tape and continued. Ishtar Backlund from Sweden was third followed by Canadian Dasha Kornienko in fourth. 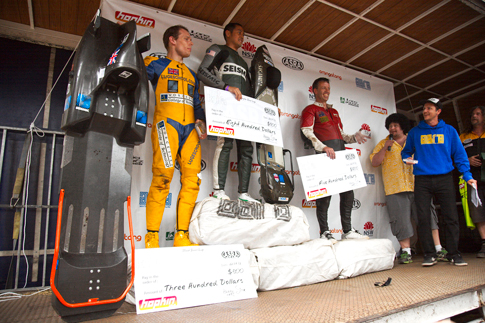 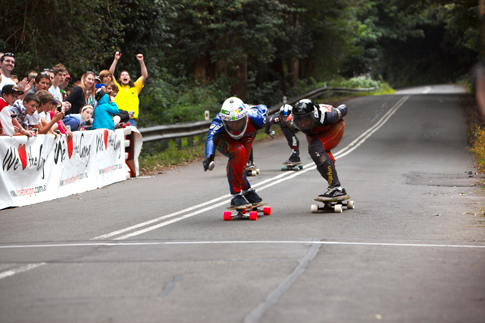 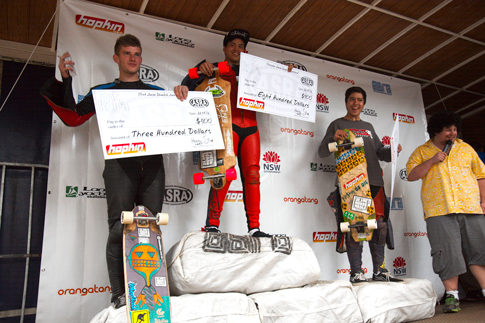 Frank Williams was the winner in Classic Luge. Daniel Newton was second, Abdil Mahdzan third and Adam Yates was fourth. The event was watched by a large enthusiastic crowd of local residents and was ably organised by ASRA. The entire team now relocates to Bathurst for Newton ’s Nation next weekend