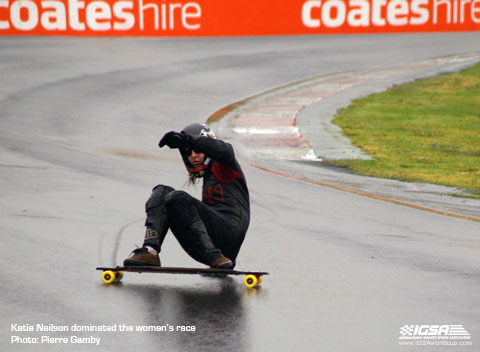 Bathurst, Australia- The Women's Downhill Skateboarding race at Newton's Nation brought together a really strong field of the world's best on the super challenging Mount Panorama track.  Brianne Davies has totally dominated the sport for the past three years.  She won consecutive IGSA World Championships in 2008, 2009 and 2010.  Brianne was also the 2008 and 2010 IGSA World Cup Series Champion scoring a perfect 1800 points on both occasions. 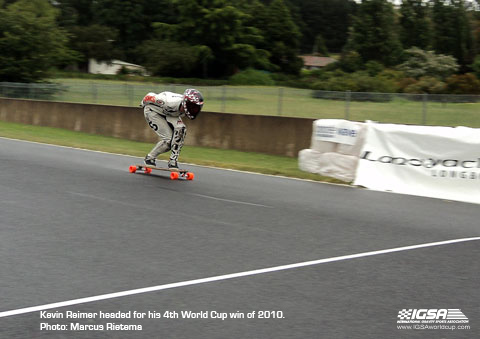 Bathurst, Australia- Thanks to our friends at the Australian Skateboard Racing Association (ASRA), you can follow all the action of today's Newton's Nation Finals live!