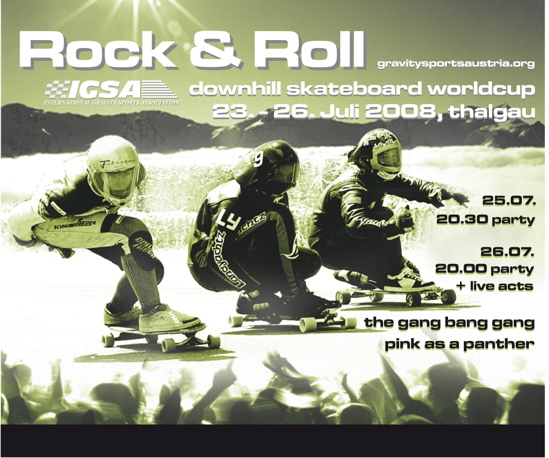 Thalgau, Austria - Although there were continued rain showers this afternoon, race officials deemed the conditions good enough to run a four and a half hour practice session. Only about 40 riders chose to participate. The practice session went off without incident. Everyone is hoping the weather will improve tomorrow and that qualifying session #1 can go ahead as scheduled tomorrow afternoon.

This will be the third of 3 IGSA World Cups events in the month of July. Beginning on Wednesday July 23, the riders from all disciplines (Downhill Skateboard, Classic Luge, Street Luge, Gravity Bike and Dirt Surfer) have two days of training runs to learn the fastest route down the track. 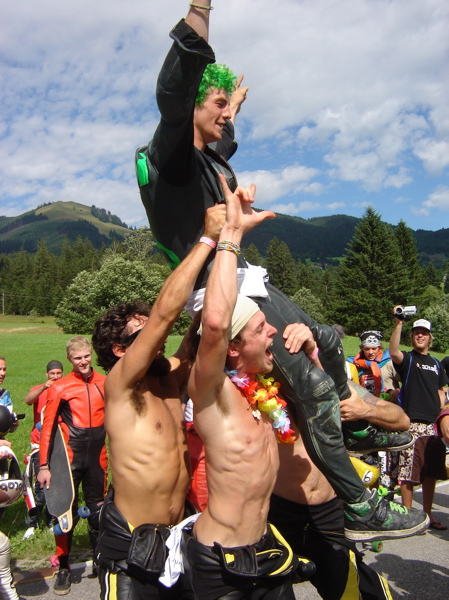 Jungholz, Austria – Scott “Scoot” Smith earned his first victory of the 2008 season and strengthened his grip on the IGSAWorld Cup Series Championship point standings with a dramatic come from behind pass of fellow Canadian Kevin Reimer on the final straightaway. Alexandre Ulrich from France finished third and Stefan Ruefli from Germany finished in fourth.