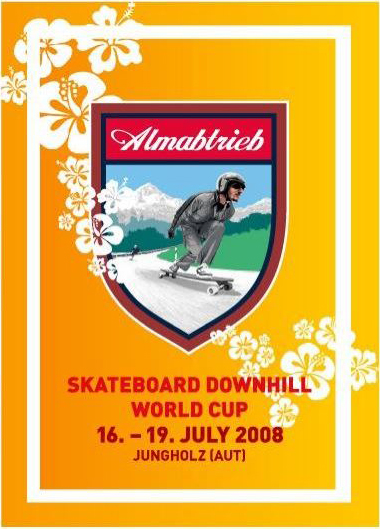 This will be the second of 3 IGSA World Cups events in the month of July. From July 16th to July 19th there will be up to 200 riders from all continents competing in the Jungholz World Cup event this year. 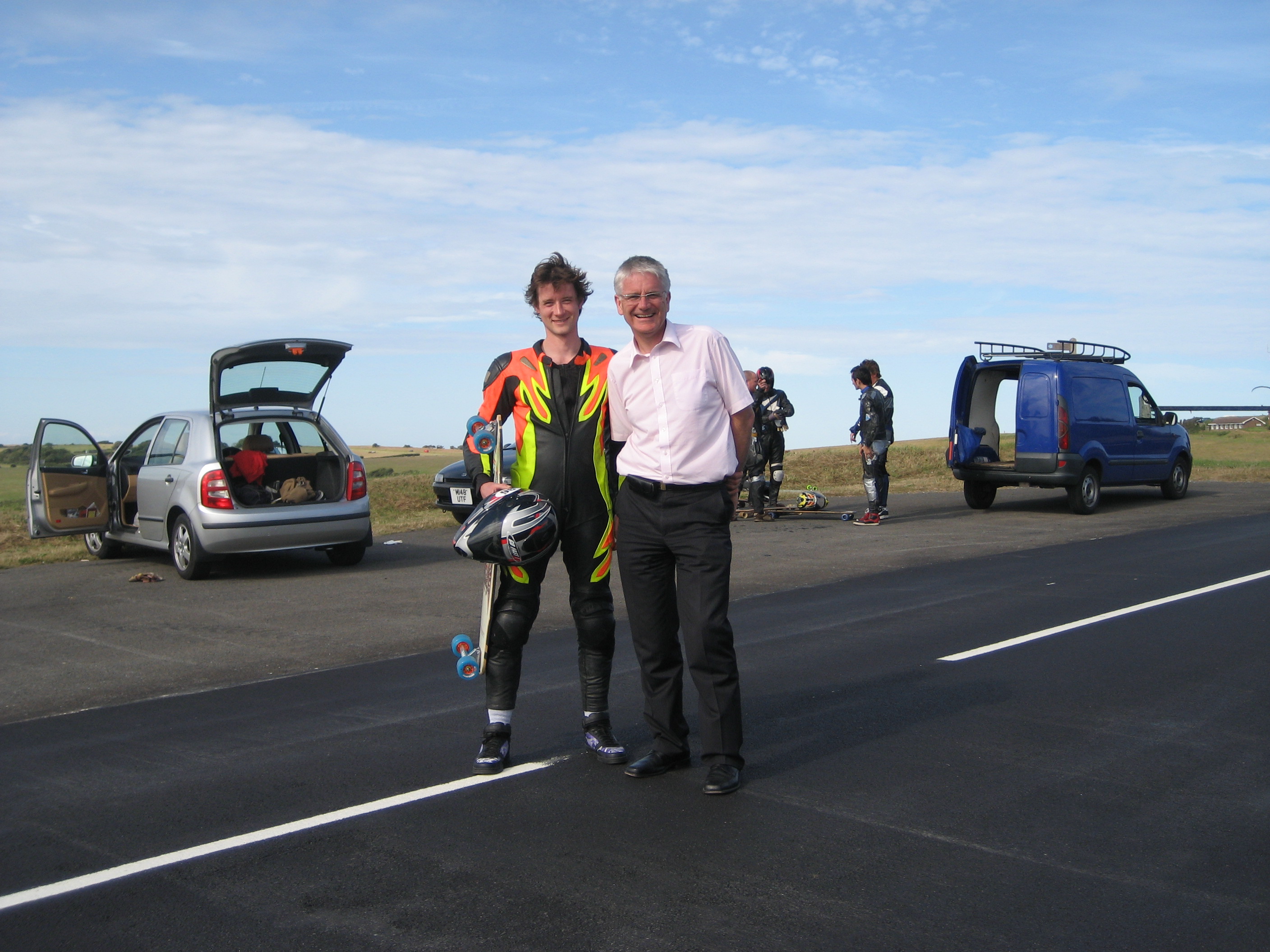 "Norman Kinnish" On Tom Worsley Left, he is the "Director of Economy Tourism and Environment" for Eastbourne Borough Council. Norman has been absolutely instrumental in getting the SpeedDays track resurfaced. Special Thanks from around the World goes out to Norman Kinnish. 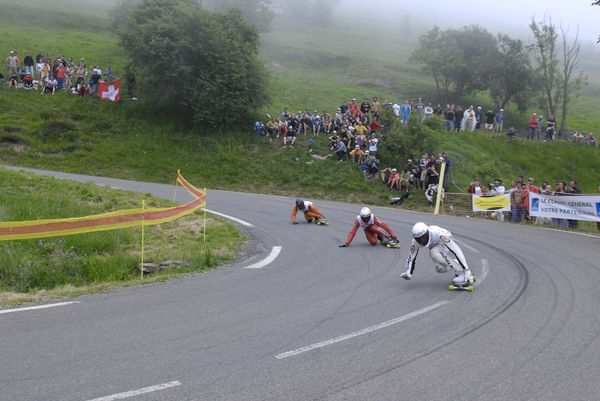 Peyragudes, France - Canadian Kevin Reimer earned a dominant victory in the Parygudes Deluxe Cup Downhill Skateboard race. It was Reimer’s first IGSA World Cup victory and he did it by defeating the strongest collection of international racers ever assembled.