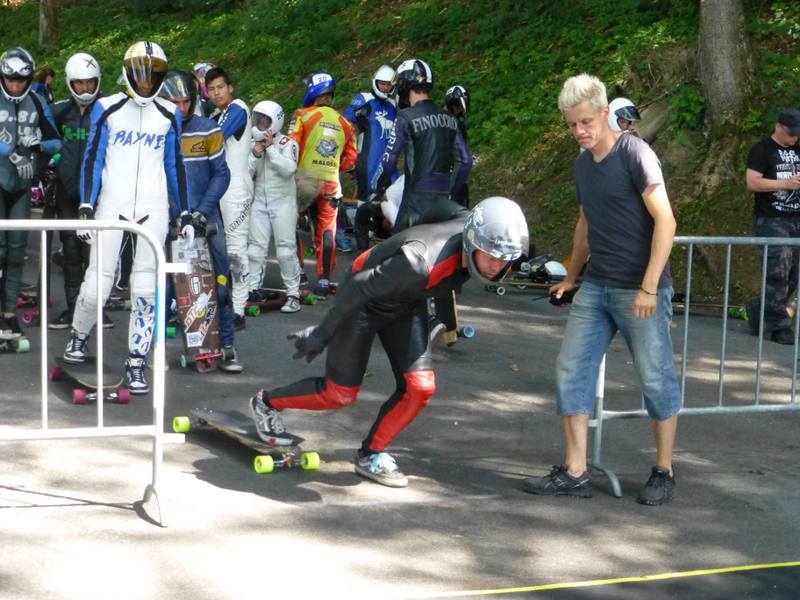 Montreux, Switzerland - After 10 timed runs, the Descente 2012 race has awarded its champions !

Matthias Ebel from germany makes it to Victory!

In Streetluge, Italian Roberto Marascagets its first victory in an IGSA Race.  He improved his time all over the week end, taking advantage on Federico Barboni, his team mate from Italy, and Alex Frischauf.

In Classic Luge, Cedric Robert won  in front of Alex frischauf and Italian rider Federico Barboni,  He has cloked his best time on Sunday afternoon on the last run !

In the women category, Rebekka Gemperle logically took the victory despite an interesting battle with other swiss riders.

In Junior Downhill Skateboard, there was no suprize from the first day as Quinn Finnocchio is really dominating the Euro Tour 2012.  He was 2 seconds faster than other riders in its category all week end long.  Only Dylan Rumo could hope to prevent Quinn from winning this week end.

Finally, the Open Skateboard category offered the most surprising results.  After a fantastic battle, run after run, beating each other time, Matthias Ebel took the best out of the canadian rider Dillon Steffen. Thiago Lessa from Brazil completed the podium with some solid runs all over the weekend and a strong motivation to properly end its trip to europe !

The tremendous landscape, the huge sunshine, and a perfectly working RFID Chip system for timing, made it a great day today despite all the problems the organisation has bravely faced during this week end in Montreux (Le vallon de Villard, exactly)