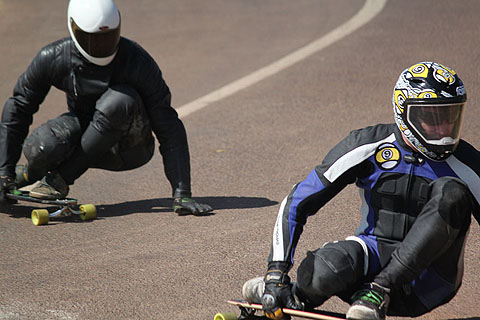 Photo: Danny Lubbe
Sunday morning we woke up to a beautiful day in Pretoria. This was race day and all the riders were amped to get to the hill. The notion was for all the riders to get to the top and riding as soon as possible due to the race starting time was moved an hour earlier due to the sun setting early in Pretoria. With all the marshals in place practice got underway much to the happiness of all the riders.
The conditions changed on Sunday with a tailwind into the first corner, that gave the needed extra speed exiting into the long straight. Riders had to change their tactics as it became any ones race going into the tight chicane before the finish. With plenty of practice runs, riders got their lines down and were ready to race. 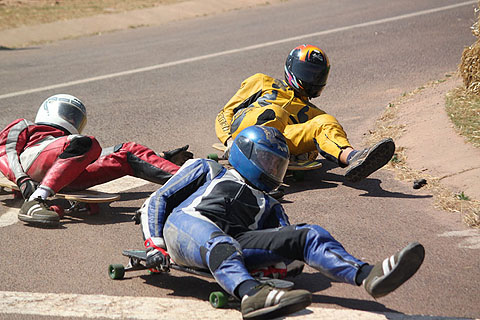 Photo: Danny Lubbe
1pm rolled in and it was time for the first heats to take place. First up was classic luge, with a small group of riders racing went quick. Cape Town local Russel Naude once again showed his dominance by winning the classic luge division. 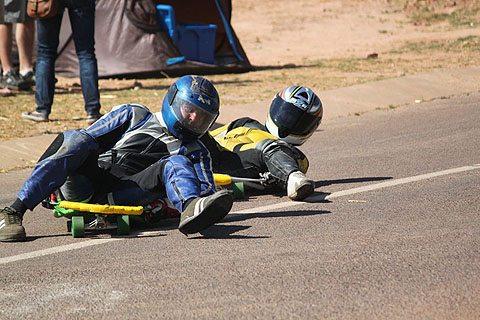 Photo: Danny Lubbe
This was to be the same in the street luge and again Russel took the win. Russel Naude has definitely become the man to beat on the local circuit, showing excellent form and a dominant presence. Special mention goes out to our only female rider of the event, Nikkie Caromba who made it into both classic and street luge finals. 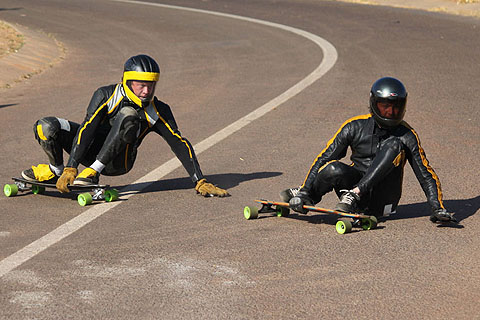 Photo: Danny Lubbe
Finally it was time for the skateboard division, with a surprisingly good turn out of 22 riders from across South Africa that made the effort to come race in Pretoria. The first few heats went quickly as riders were knocked out and placed into four man heats. The final chicane was the undoing of many riders who thought they had the lead into the finish only to be caught out in the tight chicane. Plenty of upsets happened in the final chicane as riders pushed hard but been in front did not mean you were going to win. One of the big upsets of the day was number one qualifier Raoul van der berg taking a bail just before the finish in the semi final heats, messing up his chances of making into the finals. 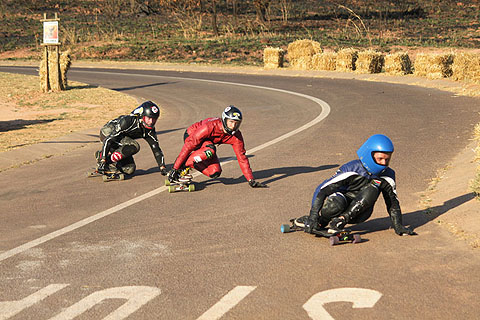 Photo: Danny Lubbe
This gave the chance for three new riders to advance into the finals. Racing in his first skateboard finals Terry Terblanche took the lead followed but Paul Du Plessis, Matt Arderne and Dean Engela. Terry held the lead coming up to the final chicane but just before the finish Matt Arderne found a line on the outside sneaking past Terry to take his first win.
Big shouts go to all the riders which made this event such a success.  The South African racing scene is growing and with the final 3 races in 3 weeks starting end November and ending off with Hot Heels Africa, 2010 is going to be a landmark year for gravity racing in South Africa!